This is a fascinating time in the Virtual Reality industry. In many ways, it parallels the dawn of the film industry. Going back to 1890, when the first motion picture cameras were invented, people really didn’t know what to do with them, or have any idea of the profound impact they were soon going to have on the world. 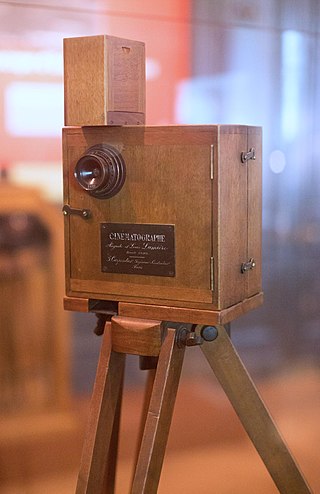 The oldest surviving film is this:
https://en.wikipedia.org/wiki/Roundhay_Garden_Scene

The novelty carried it along for a few years, and it grew into an industry. People flocked to store fronts, and eventually retrofitted theaters to see these moving pictures. It was like magic.

This is sort of where VR is today. People are scrambling to find (and make) content that pushes the boundaries, and sets new standards, but the novelty factor is still a major part of what is giving VR legs.

But if we look at film, we see that after a few years, the novelty wasn’t enough. Once everyone had seen a few films of a horse running, or a person walking, they didn’t see much reason to keep watching films.

So early filmmakers began to film stage plays, so that they could be presented to people anywhere. They also filmed far off places in the world, and brought those films to people who might never see these exotic locales. These filmmakers took regular life, and captured it. But something was missing. The medium existed, but it wasn’t its own thing. It was an extension of things we already understood. There’s a quote I love, “The electric light did not come from the continuous improvement of candles” (Oren Harari).  Filmmakers realized that films had to be something new.

In many ways, this too, is where VR sits today. We’re taking what we already know, and “VR”ing it.  We’re filming scenes, but in 360. We’re taking 3D games, and rendering them to a head mounted display.

How do we get away from it feeling gimmicky? A novelty? What is the thing that will only make sense in a VR headset. Where the game or experience cannot be properly conveyed on a 2D screen alone. Where does it go from here?

Well, in the late 1800s, people started to expect films to contain meaningful content with narrative and story. And this is where movies truly found their place – their purpose. When movies began to tell a story, the movie industry exploded. When the continuous narrative and the techniques behind editing and and special effects started to become common practice, the medium became its own thing, rather than a way of repackaging things we’d already seen.

So what does this mean for VR? Where are we today?

Well, I think we’re somewhere in the late 1890s. Many people are producing content, games & experiences, trying to figure out what will cause VR’s explosion, but it hasn’t exploded yet. We haven’t yet seen the defining piece that makes it all gel. We’re still at the stage of viewing films in front of stores, and in retrofitted theaters. VR as a go-to form of entertainment in the home is not widespread enough yet.

But it will happen. There will be something that makes millions of people jump on board the VR train.

VR differentiates from movies in a profound way. While movies create a trance-like shared viewing experience, VR is isolated, and reactive. Turning your head in VR, changes your view of the world. Movies bring a time and a place to you. VR, on the other hand, brings YOU to a time and place. You don’t watch it, you are it.

So, what will make VR become truly mainstream? That point where people come home on a Friday night, pour a glass of wine, sit down, and throw on the VR headset, and settle into an evening of… what?

To me, the thing that pops to mind is something creative, something about exploring and discovering.  And probably something social. Take a look at Pokemon GO this past summer. The message that we heard over and over, was how much it was bringing people together. We saw Augmented Reality take a huge leap forward, and possibly begin to find it’s place and its voice.

What will that be in VR?

I don’t know yet, but I, like so many others in this new industry, am trying to figure it out.